Within the works that were announced by Minister of Agriculture and Forestry Bekir Pakdemir and have been carried out with the coordination of Presidency of Turkish Water Institute (SUEN), it is aimed “to get detailed information about the coronavirus distribution in Turkey and develop the potential early warning system”.

Assoc.Prof. Bilge Alpaslan Kocamemi, a Project consultant, stated that, as a result of the studies, the SARS-CoV2 virus was found in sludge samples. “For the first time in the world, we took our place in the literature as the country to scan SARS-CoV2 for sludge samples. This was a very important development. These analyzes showed us that SARS-CoV2 is more concentrated in sludge samples. We are evaluating this issue. ” she said.

Underlining that the studies will continue, Assoc. Prof. Kocamemi said: “In my first statement, I said that we will start active-inactive activities. Istanbul Pendik laboratory started to work in this sense. But these active-inactive studies will continue for a period of 3 weeks in a parallel line. Routine samples in Istanbul are routinely transferred to laboratories with the help of İSKİ and we constantly monitor the spread in Istanbul. Our aim here is not to determine the number of Covid-19 cases, but to follow how they spread. What do we mean by saying that the sludge is as follows: 1 gram of solid matter, 99 grams of water. In fact, we are talking about something like water again, but of course, since it waits for a certain time under the tanks, we saw that the viruses are concentrating here. Then it becomes much easier to catch the virus. We are always talking about early warning, we think that it may be more appropriate to continue with sludge samples rather than the intake water for early warning in the later stages. ” said.

Kocamemi also said that they are also scanning in provinces with a low number of cases and this is a very important step for the early warning system. Related to this issue, she drew attention to the importance of the subject by saying “We are also scanning other cities outside of Istanbul. While determining these provinces, we grouped provinces according to the number of cases and we determined some pilot provinces. We collected samples from Bursa, Yalova, Konya, İzmir, Samsun and Izmit. Analyzes are being done. Samsun was especially important among these provinces because the number of cases in Samsun is low. Although there are few cases in Samsun, we had the chance to catch this virus at the entrance of the wastewater treatment plant. In fact, this is not a chance, but with the superior efforts of the veterinary laboratories of the Ministry of Agriculture and Forestry. Because it was a really difficult methodology. It is quite difficult to quantify a very small virus, and we succeeded.  This was a very important step for the early warning system for us in the future”.

Assoc. Prof.  Bilge Aslan Kocamemi said that these studies will be effective in developing methods that can be used in airports and touristic facilities. She stated that after approval from the competent authorities, analysis can be made in these areas. She said: “Airports will open in early June and activities will start in touristic areas very soon. In this process, we made some plans and developed methodologies for screening SARS-CoV2 with routine monitoring in wastewaters at airports and with samples to be taken from waste containers in aircraft from certain countries. If we share these studies with relevant authorities, we are ready to do so. At the same time, by following the activities that will start at the touristic facilities, we are able to follow up whether there are any epidemics in the facility, especially by taking samples from the wastewater of large facilities. ” said.

Assoc.Prof. Kocamemi stated that studies will be started in which subtypes of the virus can be determined with an advanced genetic method. She said that, by using the new sequence analysis method in wastewater samples, the subtypes of the SARS-CoV2 virus and their mutations can be tracked. Kocamemi mentioned that these analyzes will be carried out in different countries of the world and the results will be defined in the gene bank. She stated that this would be important in comparing the results from different countries. Assoc. Prof. Kocamemi, explaining that these studies will contain important findings,  emphasized it can be determined which country the virus came from. She said that the new sequence analysis studies will start in two weeks.

Kocamemi finally stated that samples were taken from the villages of Istanbul. “With these analyzes, we are not able to tell a number of cases. But we can determine in which districts of Istanbul the number of cases are more intense and which is less intense. There is something very new I did not mention it. Of course, in Istanbul, we have scanned the basic wastewater, the interior of the city. But last week we also took samples from the villages of Istanbul. Some of these feed the drinking water basins, while others discharge the Black Sea coastal. We took samples from these, but no results have been released yet. If you ask about the situation in the city, the virus in the wastewater treatment areas closer to the pandemic hospitals is a bit more intense, but there are no radical differences. They all have SARS-CoV2 in their entrances. ” she completed her speech. 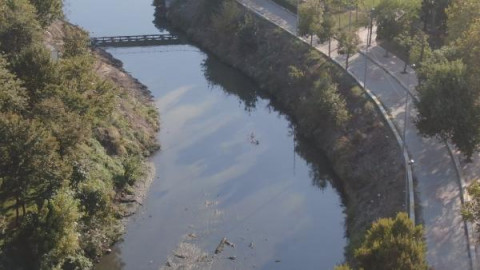 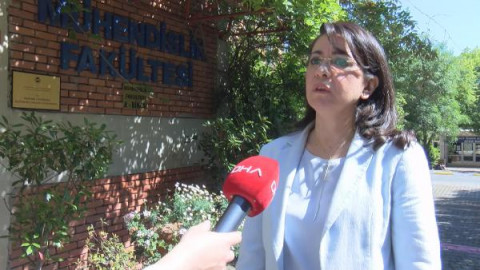 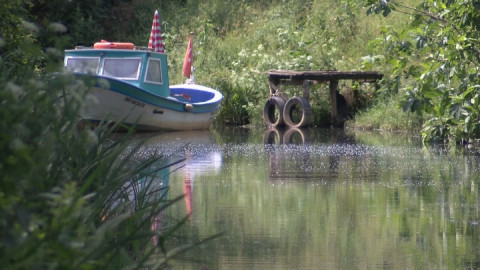