Emirhan Karadeniz, a fourth-year student of Marmara University Faculty of Pharmacy, and his team ranked second in the world within the project competition named INNOV8: Pharmacy Innovation Competition organized by the International Pharmaceutical Students Federation, which represents 500,000 pharmacy faculty students and graduates in  92 countries around the World.

Participating in the contest with the project named “Innovative Simplified Prospectus Contributing to Rational Drug Use with Augmented Reality and Artificial Intelligence Applications”, the PharmaIno Science team made an online project presentation on September 6th. PharmaIno Science, representing our country in the competition, was awarded second place in the world. We congratulate our student and his teammates who made our university proud and wish them continued success. 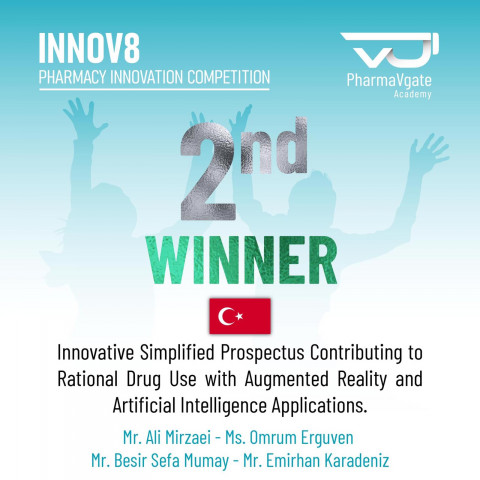