5th International July 15 Symposium titled “Interventionism of global powers, coups and democracy”, organized by Marmara University and the July 15 Foundation, and with the support of Üsküdar Municipality, was held at the Marmara University Faculty of Theology Conference Hall on 13th July.

The opening speech of the symposium was made by July 15 Foundation President İsmail Hakkı Turunç. In his speech, Tunç stated that the malicious coup attempt was not only an attempt for a certain group and class,  but also a dirty step that could create a change in everyone's life. In addition, he emphasized that the July 15 coup attempt was aborted by the foresight of President Recep Tayyip Erdoğan and the honorable stance of patriotic people who have always stood together with their state.

Üsküdar Mayor Hilmi Türkmen mentioned in his speech that it is meaningful to organize this symposium in Üsküdar, where the most strategic and bloody clashes of the 15 July treacherous attempt took place. “Our Honorable President has displayed an unprecedented stance with a national enthusiasm about the dark night coming to light in the history of this beloved nation. Turkmen expressed her belief that this symposium, which deals with the malicious coup night of July 15  with all its aspects, will be an important guide, especially for the youth.

Marmara University Rector Prof. Dr. Erol Özvar stated that almost every generation has experienced a coup, a coup attempt or a memorandum and that the Turkish society has enough experience to know why and how the coups were realized and what they caused. Explaining that the coups are used as an imperialist tool to intervene in the internal affairs of countries in Turkey as well as in the world, Özvar said: "Coups are seen as one of the hardest forms of intervention by global powers after the war. In this respect, the July 15 coup attempt was the most brutal in Turkish political history. It is a treacherous coup attempt. During the coup attempt, our nation poured into the streets with its young, old, students and all members of the society and could not let this malicious attempt pass. The tutelage centers, which wanted to block Turkey's way, activated terrorist organizations such as PKK, DEAŞ, FETO, and engaged in terrorist activities that are different from each other, both militarily and economically. "This is why the July 15 coup attempt, like other terrorist organizations, is an invasion attempt by FETO with the support of foreign and global powers. Global powers have realized that they cannot design Turkey as before."

Minister of National Defense Hulusi Akar stated in his speech that non-governmental organizations have a special place in the democratization process and social life of countries.  Stating that the world is in a great and rapid change and transformation, and, in this process, the methods of the struggle between countries do not remain constant and terrorist organizations have become the most important element of the field of struggle, which they carry out by proxy as non-state actors, Akar said: "These organizations have also adapted and evolved to the current conditions in order to increase their influence in the new world order. Unfortunately, Turkey witnessed this evolved terrorism on July 15. FETO, one of the most important securities and social problems that our country is facing, appeared in the treacherous coup attempt of July 15 as the first example of a new generation of terrorism. The treacherous militants of FETO, which spread to every aspect of the state and human life with sacred values ​​and references, attempted an unprecedented betrayal and perfidy against our nation, state, Turkish Armed Forces and democracy on July 15. Our noble nation, who has overcome the difficulties it has faced throughout its glorious history, united with all its members from seven to seventy in this betrayal, under the high political leadership of our President, and engaged in an epic struggle for the sake of democratic values. Together with the patriotic sons of our Turkish Armed Forces, gendarmerie and security forces, our noble nation failed the treacherous coup attempt of these scoundrels. With this heroism, our nation has shown once again to the whole world that the sovereignty belongs to itself unconditionally and that no one can dominate the national will." Akar concluded his speech by stating that as long as our nation's trust and support for its state continues, there is nothing that cannot be achieved, no difficulties that cannot be overcome.

At the end of the symposium, Ayşe Arslantürk, who is the older sister of Martyr Prof. Dr. İlhan Varank, presented Minister of National Defense Hulusi Akar with a book named  “251 Letters”. 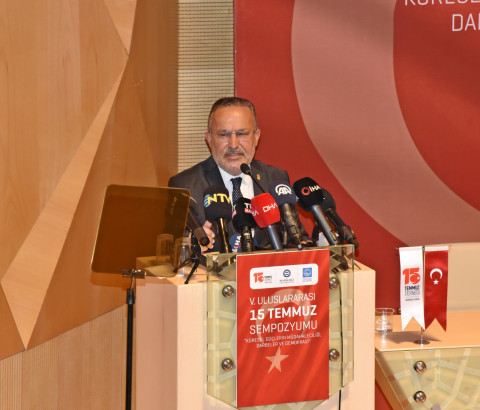 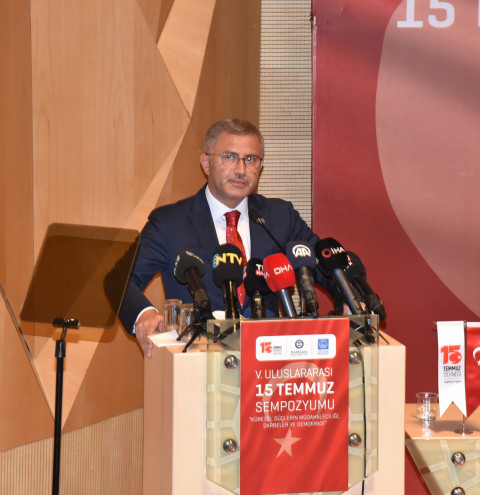 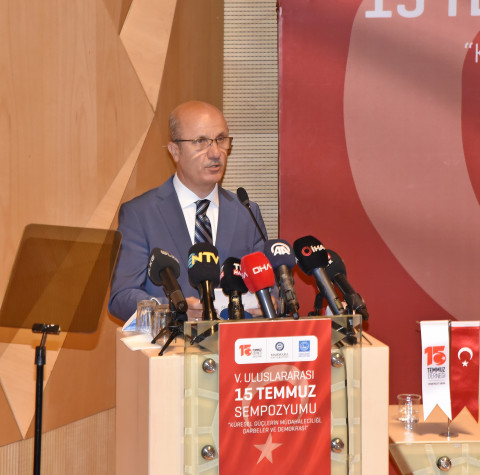 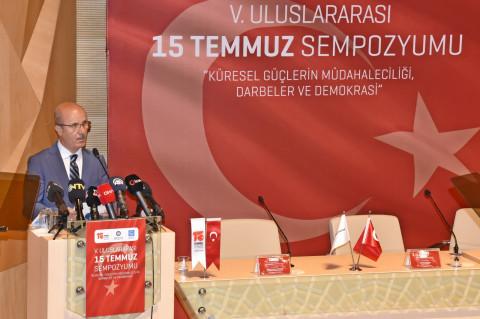 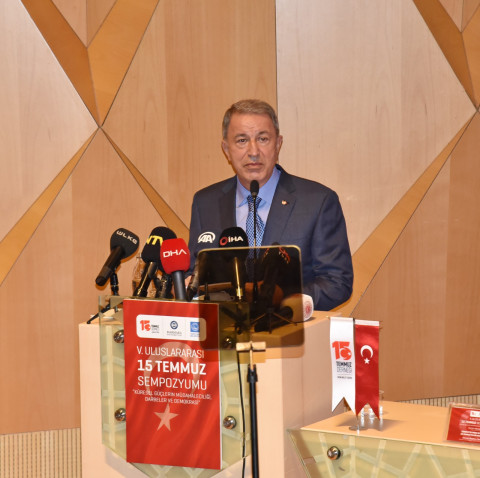 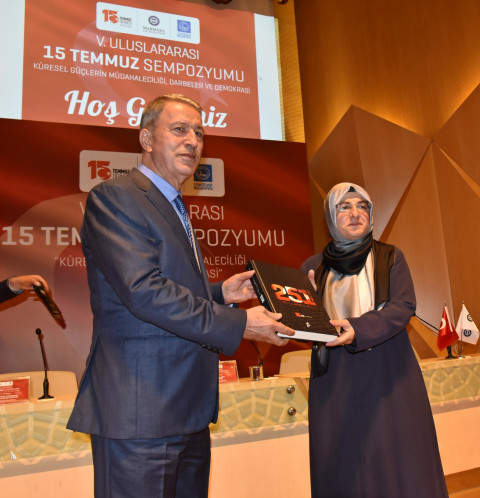 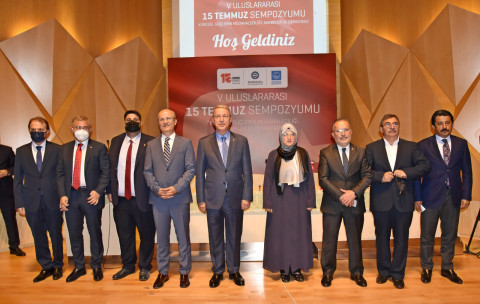