In the panel titled "What Happened on April 24, 1915 ?" organized by Marmara University Turkic Studies Institute on April 24, 2021, academicians made evaluations about the Turkish- Armenian Controversy and the events of 1915.  Assoc. Prof.  Ramazan Erhan Güllü of the Istanbul University Faculty of Literature Department of History gave a speech titled "The Development Process of the Armenian Question and the Patriarchate" in the panel that was moderated by Prof. Dr. Bülent Bakar of Marmara University Faculty of Science and Literature Department of History.  Güllü firstly discussed the situation of the Church in the period up to the First World War. Especially after the 1877-1878 Ottoman-Russian War, it was addressed that foreign states and Armenian committees tried to exclude the Patriarchate from the process and to pacify the Patriarchate, which served as a bridge between the state and the Armenian community. It was also emphasized that the Ottoman Government had to prepare a new regulation in order to eliminate the influence of the Echmiadzin Cathogicos, which was under the control of Russia before and during the First World War, on the Patriarchate.

Prof. Dr. Recep Karacakaya of the Istanbul Medeniyet University Faculty of Literature Department of History explained in his speech on “Armenian Terror (Assassination of Armenians)” that the terrorist activities of the Armenian committees before the First World War were dealt with specifically targeting Armenian citizens. Karacakaya stated that the Hinchak and Dashnak committees primarily put pressure on Armenian clergymen who did not act together with them and that this reached the point of assassination. In addition, he emphasized with examples that many Armenian government officials and Armenian citizens were subjected to assassinations, who warned Armenian citizens against the activities of the committee. In Prof. Dr. Ibrahim Ethem Atnur's speech named  "What Happened to the Armenian Immigrants?" it was explained in detail how the implementation was and which instructions were issued after the decision of the Dispatch and Settlement. The aids made to the resettled Armenian immigrants, the measures taken against the problems, and the return process after the Armistice of Mondros were explained. Prof. Dr. Yıldız Deveci Bozkus of the Ankara University addressed an issue of the Turkey-Armenia Relations in her speech titled " Turkey-Armenia Relations from Past To Present". After mentioning the impact of the 1915 events on the relations between the two countries, she explained what it means that the genocide allegations were recognized in some foreign state parliaments and that the genocide allegations were accepted by some international organizations. Bozkus ended her speech by emphasizing what can be done and what steps should be taken in the face of all these allegations. 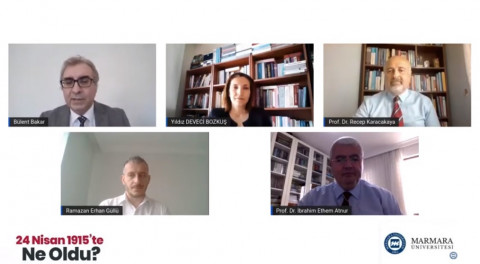 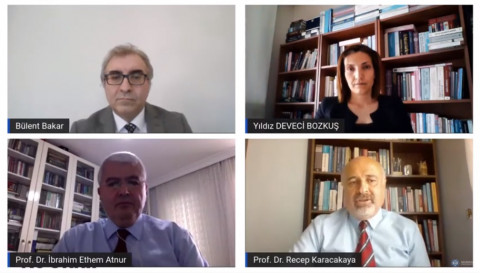