The " July 15 Democracy and National Unity Commemoration Program” organized by the Faculty of Economics was held at the İbrahim Üzümcü Conference Hall on July 13,  with the participation of Rector Prof. Dr. Erol Özvar and the members of the university board of directors.

The opening speech of the event was made by the Dean of the Faculty of Economics Prof. Dr. Sadullah Celik. Then, taking his place on the podium, Rector Prof. Dr. Erol Özvar said in his speech: “As we go to the 100th anniversary of the Republic, we never want to see the putschist mentality in these lands again, which ignores the national will, sees its ideological preferences above those of the nation, and attempts to impose those views on the nation. The coups we have experienced in our 150-year-old Constitution and our tradition of democracy for more than 100 years have caused great material and moral damage to our nation and state. In order for this not to happen, we need to act in cooperation between the state and the nation and to raise free and independent individuals who have assimilated democracy, especially at Turkish education levels.  July 15,2016  coup attempt by  FETO  is the bloodiest and most brutal coup attempt in Turkey's coup history. The attempt of a terrorist group organized within the state to attempt a coup against the legitimate government by using state facilities, tools, equipment and weapons is unlike any other coup in our history. There was an assassination attempt on our President, Mr. Recep Tayyip Erdoğan, as well as a coup attempt with the ability to neutralize the General Staff and Force Commands. The Grand National Assembly of Turkey, the Presidency and many other official strategic points were bombed many times. While 251 people were martyred in the coup attempt, 2194 people were injured and became veterans. This treacherous attempt was stopped with the Glorious National Resistance. There was an extremely important development in terms of our state's democratic reflex, and that night, the Turkish judiciary did not wait for years this time, but took action as soon as the coup attempt was heard and filed lawsuits demanding arrest." In the following of his speech, Özvar stated that the  July 15 coup attempt was prevented under the leadership of our President, by our security forces and our heroic nation pouring into the streets and claiming their state.

The program was ended with the speeches titled “The Evaluation of the 15 July 2016 Coup Attempt in Terms of the Negative Effects on the Turkish Economy: A Huge and Treacherous Destruction to Our Social Capital”,  by Prof.  Dr. A. Orçun Söylemez of the Faculty of Economics and  "Thinking of the Traitorous Coup Attempt of July 15th in Terms of Turkey's Soft Power and Democratization" by Lect. Dr. Oğuzhan Göksel. 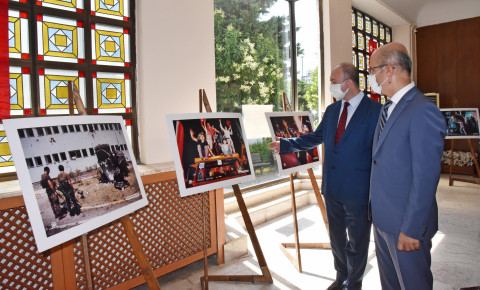 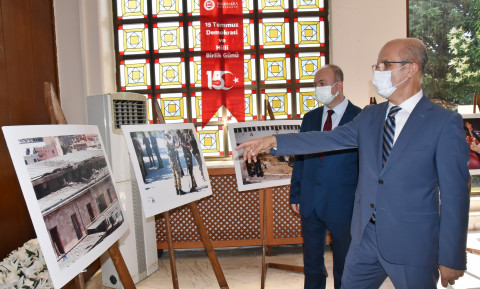 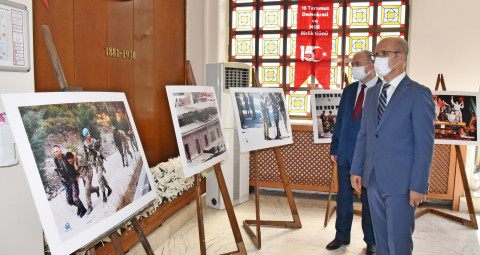 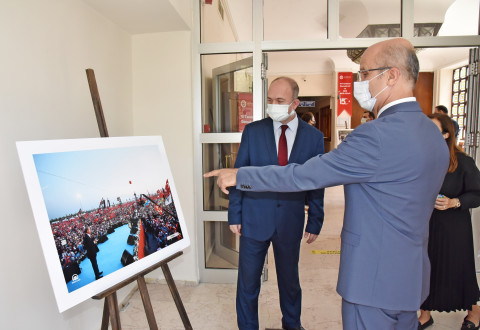 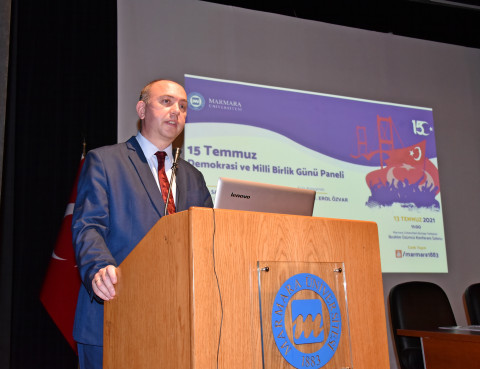 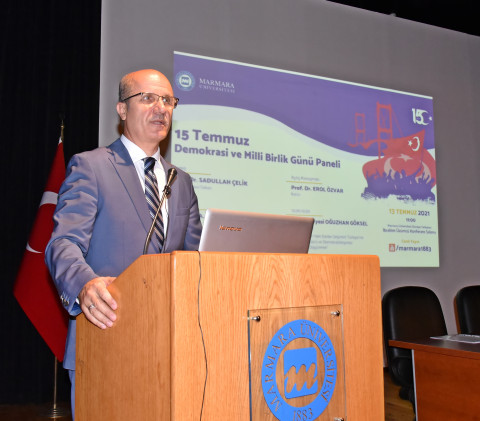 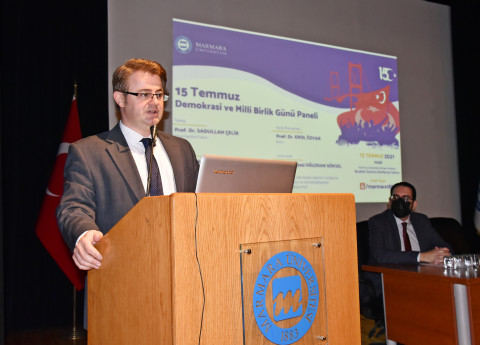 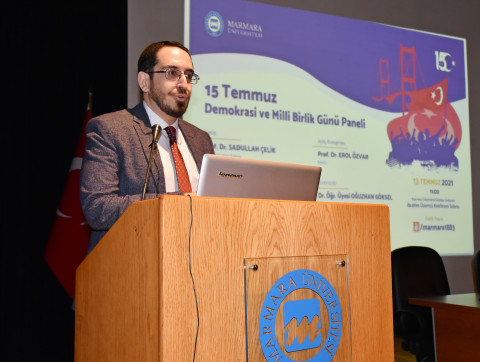