November 10th  Atatürk Commemoration Ceremony was held in Göztepe Campus with a large audience.  The ceremony started with Mustafa Kurt and the university administrators laying wreaths in front of the Atatürk Monument. The National Anthem was sung after a moment of silence accompanied by the sound of sirens at 09:05.

The opening speech of the ceremony, which continued at the İbrahim Üzümcü Conference Hall, was made by the Rector Prof.Dr. Mustafa Kurt.  In his speech, Kurt said “I commemorate the Commander-in-Chief of our War of Independence and the founder of our Republic, Veteran Mustafa Kemal Atatürk, with respect, gratitude, mercy and gratitude on the 83rd anniversary of his death. On this occasion, I commemorate all our martyrs and veterans who took part in our country's struggle for independence with mercy and gratitude." Kurt continued in his speech that the  “University Reform", which was carried out with the help of many faculty members brought from Germany in 1933, thanks to Mustafa Kemal Atatürk's understanding of reform, has special importance for us academics. Thus, a system understanding has dominated higher education, the duties of our universities have been clearly defined, globally accepted terms (such as university, rector, faculty, dean, professor, associate professor, assistant) have begun to be used, education and teaching methods have been modernized in our higher education through the appointed foreign professors, and international literature has been added to our literature. In addition, this reform is a turning point in our history of higher education in terms of training academicians. Today, we, together with our university administrators, academic staff and students, strive to raise our academic and scientific criteria one step higher every day so that our universities, which are among the most important achievements of our Republic, have the qualifications to compete with the world.”

The commemoration ceremony ended with a concert of the Marmara University Turkish Music Ensemble under the direction of Prof.Dr. Mustafa Uslu, consisting of Atatürk's favorite songs and folk songs. 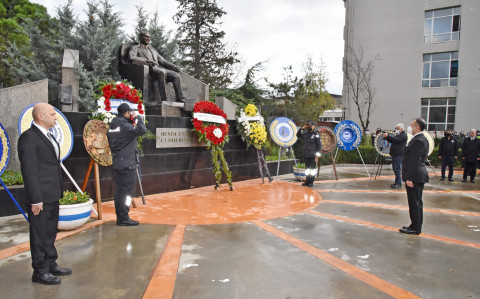 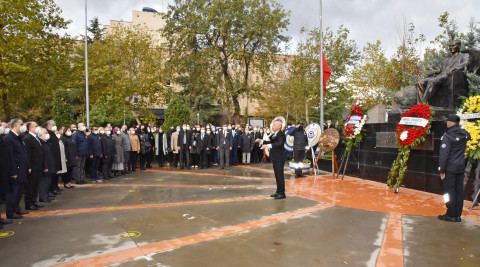 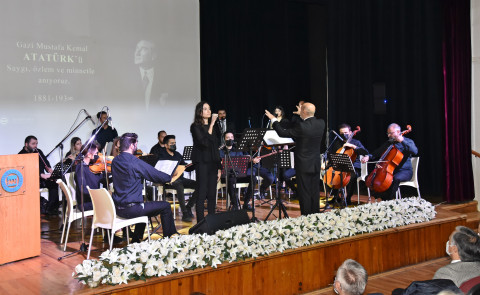 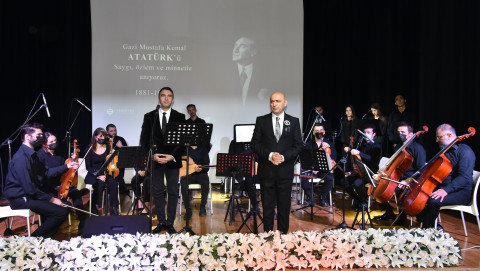 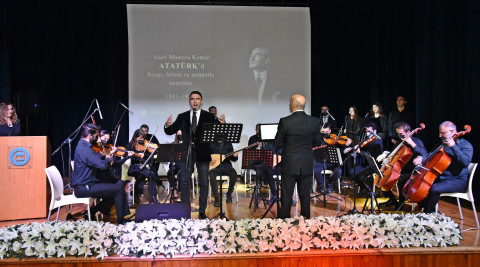 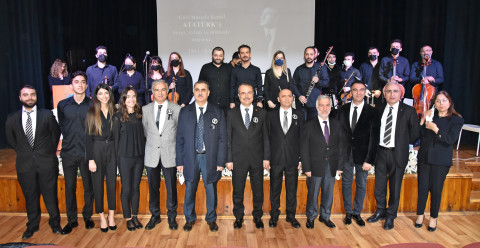 14 May Pharmacy Day Celebrated With Enthusiasm

Talking  to Understand  Science and Scientist

Rector Congratulated the  Faculty of Dentistry

Langmuir Journal Covered by the Scientific Study of Nanotechnology Center(NBUAM)

"Can You Help the Village School?"

"If I Have a Student With Autism" Panel

Turkish Maarif Foundation Paid A Visit to Our Rector